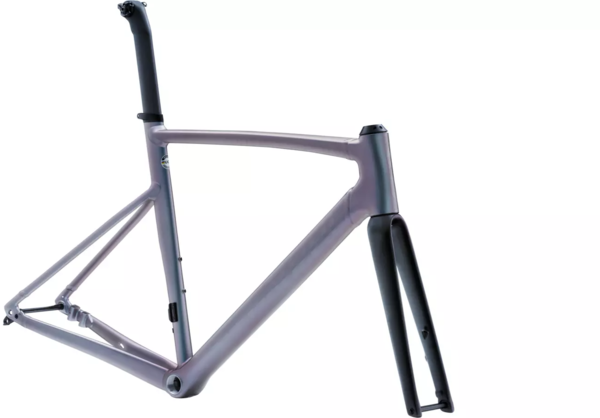 We created the all-new Allez Sprint by cannibalizing the Tarmac SL7. We tore the Tarmac apart, and rebuilt it from alloy with our Smartweld technology. We leveraged every innovation and insight learned during its development to create the all-new Allez Sprint. Whether chasing a National title or attacking your buddies 15 minutes into an "easy" Sunday spin, we won't be offended if you mistake the Allez for a Tarmac SL7. Some may call it a carbon copy, we call it the World's First Alloy Super Bike.

- The Allez Sprint is the fastest alloy road bike in history, thanks to the time its sibling, the Tarmac SL7, spent in the wind. It's details like the most complex alloy head tube we've ever made and integrated cables that make it 41 seconds faster over 40km than the previous Allez Sprint. That's a hell of a facelift. With 41 seconds, you'd have a podium picture in your Insta feed, just saying.

- Whether you're launching a sprint out of the final corner or attacking from the gun like a young Italian at the Giro, the Allez Sprint, with its one-piece bottom bracket and downtube, delivers the ruthless efficiency of alloy with unprecedented stability. By balancing power at the pedals with input at the bars, the Allez Sprint keeps you fast and confident on the limit.

- Dive for the winning gap, bang elbows in the final meters, dissect the most technical descents, all without feeling like you've gone ten rounds with the heavyweight champ. Dropped seat stays, and the Tarmac SL7's carbon seat post and fork make the Allez Sprint supple in the saddle and precise at the bars—all with Tarmac SL7's World Championship-proven geometry. It's as comfy as it is beautiful. Well, almost.

- One innovation over any other helps us deliver the new Allez Sprint's aerodynamics, power transfer, and handling—Smartweld. Making the fastest bikes in the world out of carbon wasn't hard enough. We hydroformed the bottom bracket and down tube from a single piece of alloy, built our most complex alloy head tube ever, and then put it all together with Smartweld. It's what makes the Allez Sprint the first alloy super bike.

* Subject to change without notice.